You are here: Home1 / Annemarie

Annemarie van der Heijden (Wijchen, 1972) graduated in 1996 at the Laboratory High School in Nijmegen, in the field of Biochemistry. Since then she has worked as a research technician at the Radboud University of Nijmegen.

She loved to draw and paint for as long as she can remember. It has always been her dream to make picture books. That dream disappeared into the background as she was studying, working, and had a son, Sem.

But her creativity was bubbling.

When Sem was a toddler, she started to write and paint stories about him. With these stories she went to Clavis Publishing.

In 2009, the first books about Joppie were published. Her dream came true! Joppie appeared in a total of 5 different books.

In 2011, the first book about Noortje was published. A serie of which the 13th book has just been published.

Several books have been reprinted for the Netherlands and Belgium, and they are now also being translated into Chinese, Arabic, Romanian and Turkish.

Besides illustrating, Annemarie has another great passion. She plays the transverse flute in several orchestras and ensembles. 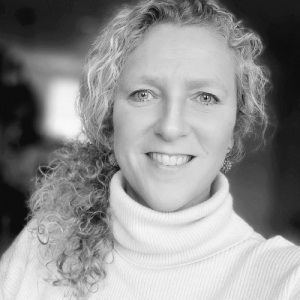 “Making Children’s books is great! I love to see how my characters get alive on paper. Mixing the colors and the smell of paint makes me happy. The feeling of a paintbrush in my hand makes me forget about time and everything around me. I can decide what will happen on the blank sheet of paper in front of me. I love it to get with every pages a step further, and challenge myself each time to higher grounds.

What could be nicer while creating a new book, than to look at the world through the eyes of a child. There is so much amazement, serenity, joy and happiness.
The idea that children grow up with my books and recognize themselves in the stories and drawings that I made gives me a great feeling of satisfaction. I really enjoy immensely “.

Follow your heart and make your dreams come true!

Cookies are small files that a website places on your device (PC, tablet or mobile phone) in order to remember particular information during your visit to the website as a way of making your user experience more efficient.

The law allows me to store cookies on your device if they are strictly necessary for using the site. I need your consent for all other types of cookies.